The History of the Air Conditioner

The History of the Air Conditioner 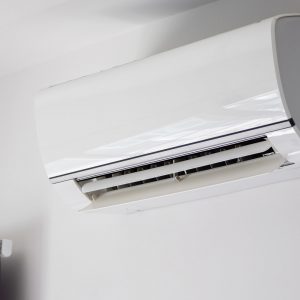 One of the single most important inventions – especially for Queenslanders – is the air conditioner. We rely on it quite heavily to get us through those hot, humid, sticky Aussie summers. Often, we take it for granted, but I’m sure we’d all agree that we really couldn’t live without air cons. They’ve become just as much an Aussie staple as Vegemite and Tim Tams!

Despite their significance in our lives, we rarely stop to think: how did these incredible machines come about? Who invented the air con and when did it first originate? Well, today we shed light on those questions. Today, Air-Rite shares with you some super cool history on the air conditioner, so keep reading to learn some interesting facts!

Air conditioners didn’t just come into existence overnight. In fact, it’s taken almost 150 years to develop what we know as the modern air conditioner from ideas and concepts that have floated around since the 18th century. Essentially it all began in 1758.

1758: This is when the concept that is the foundation of air conditioner mechanics first originated, which was well before the first air conditioner was actually invented. And it was Benjamin Franklin and Cambridge University Professor John Hadley in America who discovered that the evaporation of alcohol (as well as other volatile liquids) worked to cool down objects enough to freeze water. The evaporation of all liquids creates a cooling effect; however, not many liquids can create a cooling effect strong enough to freeze water.

1820: Then, in 1820, a British inventor named Michael Faraday discovers the same concept during an experiment where he is able to compress and liquify ammonia.

1851: Dr John Gorrie built an ice-making machine that, unfortunately for him, never really took off and was poorly received. It started with him working on compressor-coolers through the 1830’s and eventually he had a working model by mid 1840. His ice making invention was mechanical and could be driven by multiple power sources. In 1851, he officially applied for patents and was approved. However, Gorrie failed at building his business and his machines were mocked due to their inefficiency and inadequacy.

1881: There was an assasination attempt on the then US president James Garfield. In an attempt to keep President James Garfield alive and comfortable after being shot, two naval engineers built a cooling unit for his room where he rested. The unit consisted of a tub filled with water-soaked cloth and a fan that blew hot air overhead to keep cool air closer to the ground. And it worked amazingly well! They discovered that the unit could cool a room by a few degrees, but unfortunately, it used half a million pounds of ice in two months to keep it running, so it wasn’t very efficient. Also, the president ended up dying anyway.

The 20th century welcomed many new and great technological inventions that we love today – things such as the TV, radio, and the internet all were born in the 1900’s. One of the coolest inventions to come out of the 20th century was, of course, the air conditioner. Let’s take a look at how it’s progressed over the years.

1902: This year marked the invention of modern air conditioning! In 1902, Willis H. Carrier invented a machine that blew air over cold coils to control room temperature and humidity. However, it may surprise you to know that it wasn’t originally created to cool people – originally, this air conditioning system was invented to keep paper from wrinkling and ink from running in a New York publishing house. As Willis learns other factories wanted a slice of the cooling pie, he then creates the Carrier Air Conditioning Company of America.

1906: If any industry in particular took to air conditioning, it was undoubtedly the textile industry. The textile industry adopted modern air conditioning as it made for a more efficient environment and better factory conditions. To further improve the existing system, a textile mill engineer, Stuart Cramer, created a ventilating device that added water vapor to the air to make the yarn easier to spin and less fickle – this feature is still used today in humidifiers. 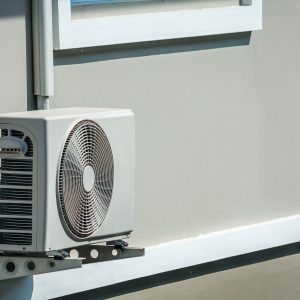 1931: Remember those large and boxy air conditioner units that hung out of windows? We can thank H.H. Schultz and J.Q. for that invention. These newer, more compact units were designed to cool individual rooms more efficiently. Of course, this new system came with a hefty price tag, so only the wealthy could enjoy an air conditioner and the poor were left to sweat it out.

1933: The now established Carrier Air Conditioning Company of America developed an air conditioner using a belt-driven condensing unit and associated blower, mechanical controls, and evaporator coil. This became a staple design in the US marketplace for air-cooling air conditioners.

1965: Fujitsu’s first window air conditioner was made. It became a great success.

1973: Fujitsu established its headquarters in Australia and immediately began to influence the Australian market with their High Energy Efficient Rating air conditioners.

From the 70’s onwards, air conditioning units continued to advance and become more innovative in design and aesthetics. They became more efficient, sleeker, quieter, and increasingly powerful. Eventually, they also became cleaner – a pivotal step for the environment.

2014: An estimated three in four Australian households feature air conditioners. The rise in sales of air conditioners over the previous 20 years eclipses (by twice the amount) the rate of ownership in the 1990s. This is due to air conditioners becoming more compact, affordable, better for the environment and customisable – available in ducted and split systems to suit the varied needs of Australians. 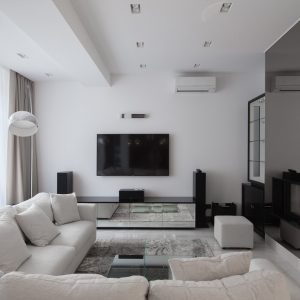 Smarter technologies have emerged over the recent years and have made air conditioning much more convenient and energy efficient (which means more eco friendly too). Smart thermostats, geothermal heat pumps, and other newer technologies and systems have begun paving the way for the future of this industry. What the future has in store, however, is still unclear at this stage. What we do know is that air conditioning will no doubt become more prominent as the world, particularly Australia, experiences extreme heat waves. And as the world becomes more environmentally conscious, engineers and designers will need to find better ways to meet the needs of the world without compromising on the environment.

The History of the Air Condi...

How to prepare your air con ...

Plant parenthood how to help...

How to recycle your white go...

How humidity affects us indo...